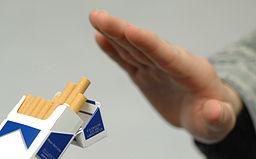 Mr. Dong owns a unit in TSCC 2032 and he rented it to Ms Boudair and Mr. Badram beginning September 2015. The tenants agreed to follow TSCC 2032’s rules and in particular not to smoke in the unit. Shortly after they moved in, the Corporation began to receive complaints about the smell of tobacco smoke coming from the unit. The Corporation in turn informed Mr. Dong, who instructed his tenants not to smoke in the unit. In November counsel for the Corporation sent a demand letter to Dong, requesting compliance. Once Mr. Dong received copies of the actual complaints from the neighbouring units, he filed an Application for Early Termination with the Landlord and Tenant Board. The earliest available hearing date was not until February 2016; Mr. Dong was able to convince the tenants to vacate in January 2016.

In the action, TSCC 2032 seeks costs of nearly $33 000 on a substantial indemnity basis or $25 000 on a partial indemnity basis. Mr. Dong seeks an order requiring the tenants to pay his costs on substantial indemnity basis in the amount of $25 000, and in the alternative, asks that he not be ordered to pay the Corporation’s costs. The tenants requested that they not have to pay anyone. Dong argues that he acted in a reasonable manner and put a great deal of effort into convincing the tenants to move. He also argued that, had he received the supporting documentation from the Corporation earlier, he would have been better equipped to negotiate an earlier termination of the lease. In the end, Justice Diamond ordered that the tenants pay costs of $10 000 to the Corporation and $10 000 to Mr. Dong.

Comment: At one point, the tenants offered to move out if Mr. Dong gave them the funds to cover first and last month’s rent for a new place and their moving costs. While it is understandable that Mr. Dong would not want to reward his tenants for disregarding the no-smoking rule, this arrangement might have cost him less in the long run.

Mr. Wan, a real estate agent, and Mr. Lau, a locksmith. both own units in a commercial condominium. In March 2011 Mr. Lau ran for election to the condominium’s Board. Before the Annual General Meeting he sought proxies from a number of fellow owners, including Mr. Huang. Mr. Huang signed his wife’s name on a proxy form and gave it to Mr. Lau. On the day of the meeting, not one but two proxies in the name of Mrs. Huang appeared. When Mr. Lau asked Mr. Huang what was going on, he affirmed that the signature looked like his wife’s, but said that it could not possibly be genuine, and declined to phone his wife in Hong Kong to find out what might have happened. Mr. Lau then sent an email to 14 recipients, saying that the suspicious proxy had originated from Mr. Wan’s real estate office. A couple of days later it emerged that the proxy was genuine after all: The Huangs’ son, another realtor in Mr. Wan’s office, obtained the proxy from his mother. Mr. Lau sent a follow-up email, explaining the situation and apologizing for his error.

In this action, Mr. Wan sues Mr. Lau for defamation. Justice Corbett found him not guilty by reason of qualified privilege. That is, Mr. Lau as a Director of the Corporation and as an owner, had an interest in communicating his concerns to management and to other Directors. There is no evidence he had any malice towards Mr. Wan.

Comment: Email communication is a delicate matter. While Mr. Lau claims that he intended his message to be private, one should always be aware that emails are easily shared and distribution may be wider than you anticipate.