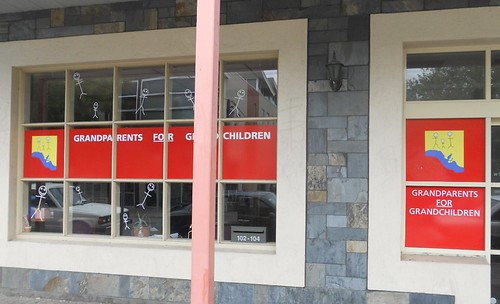 Among the current proposed changes to family law in England and Wales is a plan to grant access rights to grandparents in the case of family breakdown. (Here is an article about the proposed changes.) In Ontario, a private member’s bill (no. 33) with a similar aim is currently being reviewed by the standing committee on social policy.

Grandparents often play important roles in the lives of their grandchildren. They help out with childcare, provide a sympathetic ear, and share their life experience. There is good evidence that children benefit from having a close relationship with their grandparents. When a child’s parents have separated, the grandparents’ role is all the more crucial. A grandparent’s home can be a place of peace and stability. This is especially true if the parents are angry or upset with one another, or there is a lot of upheaval in a child’s life.

Sadly, many grandparents have reported that they have found it difficult to remain part of their grandchildren’s lives after the children’s parents split up. Paternal grandparents are especially likely to report feeling shut out. While there is support in both England and Ontario for improved legal rights for grandparents to see their grandchildren, it is easy to see that changing the current laws cannot be the whole solution. For one thing, many seniors are on restricted incomes and may not have the means to hire lawyers and have their day in court.

Why would a parent make a decision to restrict the time that their children can spend with their grandparents? A mother might feel that her former in-laws never accepted her or never liked her. She might feel that they contributed to the breakdown of her marriage. A father might fear that his ex-wife’s parents are going to put him down in front of their children. If one of the parents does not share the same religious or cultural background as his or her in-laws, that parent might be concerned that the grandparents will not respect these different cultural traditions, and this in turn might be confusing for the children.